So You Want Your Op-Ed Published? Be Ready To Take A Stand 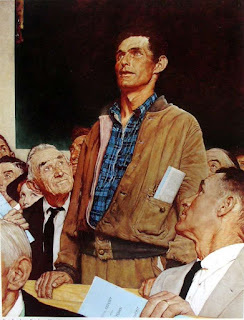 More and more, clients and their customers want to catch the attention of major media players like the New York Times, The Hill, Harvard Business Review, and other publications of similar prestige. Since the mainstream media isn’t in the business of free advertising, getting interviews for CEOs in such publications is extremely challenging, requiring peer-reviewed data, a major customer willing to speak on the record, and some serious evidence to back any claim.  Even if all of these pieces exist, putting them together can be daunting.

A simpler path to success exists in the form of op-eds – opinion pieces from a thought leader taking a meaningful stance on an issue they’re passionate about. It’s still a challenge to get the attention of national media, but from my perspective as a media relations professional, most of the problems with op-eds lie in the author playing it too safe or trying to keep all messaging on brand instead of taking the firm, fervent stance that’s necessary to get such an op-ed placed.

Editors and journalists get a ridiculous number of press releases in their inbox every day. It isn’t just this week’s news that a press release completes with – it’s releases from prior weeks, being re-sent and re-packaged to find new coverage. It’s a tough, competitive world for each press release. Even if you have a newsworthy story, getting eyes on it isn’t always easy. For yours to win, you need a great press release headline that grabs attention, tells a complete story, and makes a reader want to know more.

For several years now we all have lived in luxury, enjoying free content on the Internet that’s paid for through ads and data mining, with no paywall to contend with. But, as many prominent media outlets have noted, things are beginning to change.

Posted by Chad Michael Van Alstin at 3:13 PM No comments:

The Cinematic Tangent: Episode 67 - 'Isle Of Dogs' in the Age of Outrage

Brad and Chad discuss Ready Player One and Isle of Dogs, the latter of which has angered some kids on Twitter.

The Cinematic Tangent is a casual-format podcast all about movies. Your hosts, Chad Michael Van Alstin and Bradley Redder, invite you to sit back, crack open a beer, relax, and get ready to think film. This is a talk show featuring film reviews, news, and general commentary, minus all the snobbery you typically expect from critics. These hosts are just two working-class guys who are passionate about the cinema arts, and they couldn’t keep quiet about it any longer. Give it a listen if you're tired of formalities.
Posted by Chad Michael Van Alstin at 4:36 PM No comments: